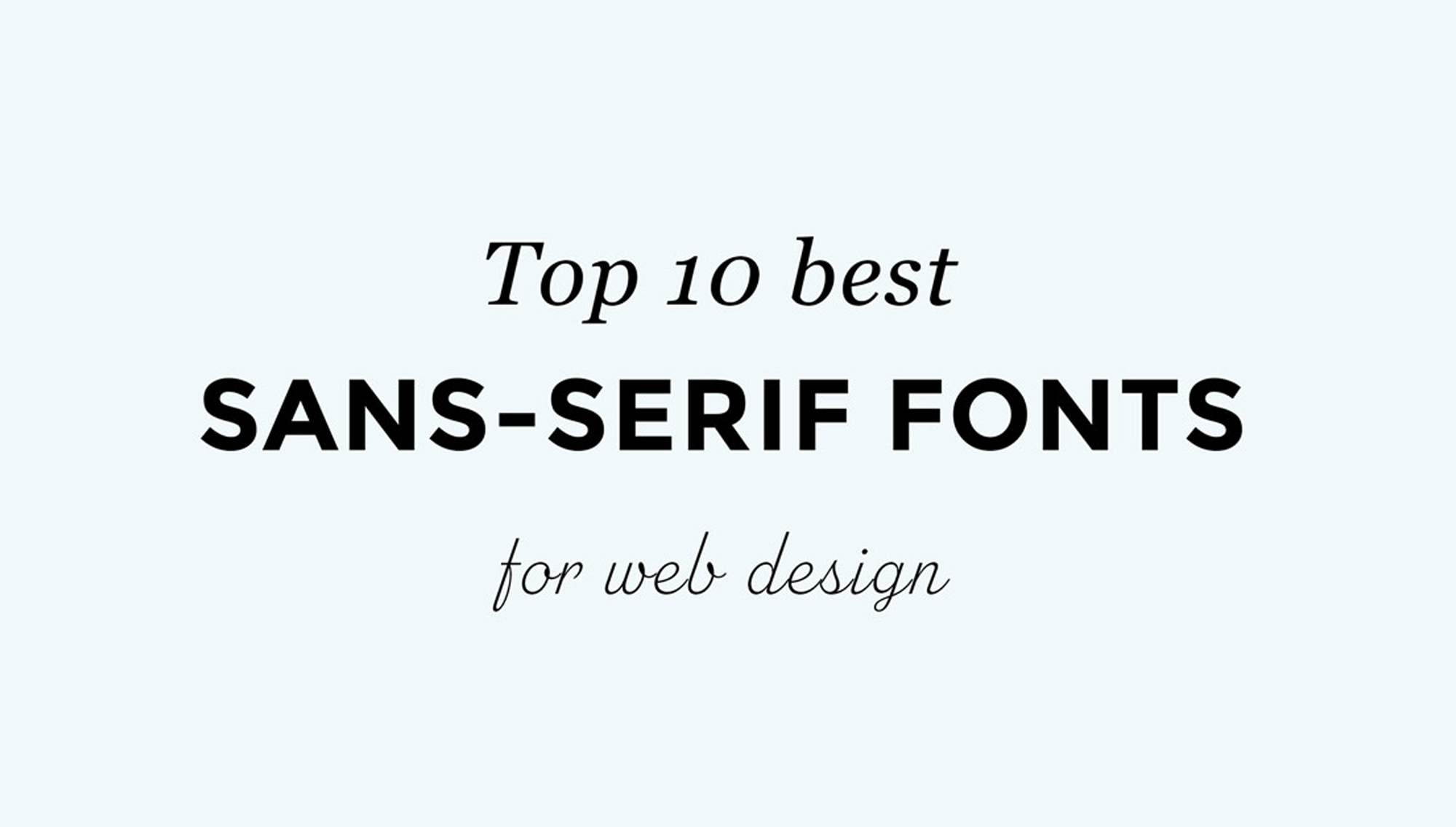 A sans-serif font has a lack of extending features called serifs at the end of each stroke. Because of this, sans-serif fonts tend to have a smaller variation in line width than serif fonts. This is helpful when you want your text to appear crisp and clean. The differences between the two types of fonts are primarily based on how they are used in the printed word.

Sans serifs have less variation in stroke width than serif fonts, allowing for greater contrast in line weights. Serifs were originally made to be used for body text, but as printing techniques improved, these types became more elegant and subtle. The stroke widths of Modern serif fonts tend to be larger, and the vertical stress is extreme. They are not recommended for body text. However, they are suited for display type.

For a modern and stylish font, consider a Minimalist sans serif font. These fonts are generally wide and feature modern and stylish designs. Whether you’re using these fonts for branding or text, they’ll give your design a modern look. They can also be used for a range of other purposes, including packaging and signage. They’re also perfect for use in headlines and other high-impact pieces of artwork.

To get started, consider a simple sans serif font like Carnaby. Its name is derived from the upscale London street of the same name. Despite its name, Carnaby is not just any old sans serif font. In fact, it’s so stylish and sophisticated that it is suited for any type of project. This versatile font is also available in a variety of weights and styles.

Helvetica is a common typeface. Its thin, tall letters and tight spacing make it easy to read even at a distance. Its popularity has spawned several alternatives and a feature film. Another sans serif font with a unique design is Qualy, released by Japanese designer Takuya Shinagawa. Both of these fonts are easy to read and are widely used in the advertising industry.

Serif fonts feature decorative feet at the ends of letter strokes, but a sans serif font has none. Because the sans serif font lacks these feet, it is easier to read and is more modern. It is useful for body copy and navigation, while serif fonts are more decorative and lend a particular character or effect. While most adults prefer serif fonts for print materials, the increasing amount of onscreen reading material has led many to adopt the more modern, easy to read sans serif typefaces.

Adaptable sans serif is a font family that is characterized by its simplicity and versatility. Its open counters per character make it ideal for body copy. Its seven weights include tabular and standard figures. It is not the ideal choice for every brand, but it can work wonders in certain circumstances. Read on to learn more about this versatile typeface. But don’t be fooled into thinking it’s right for you. Read on to learn more.

Adaptable sans serif fonts are a great choice for projects in which writing takes center stage. Adaptable styles include Signika, which was designed by Anna Giedrys. Titillium, a free typeface born out of a design venture at the Academe di Belle Arti di Urbino, is another typeface that is highly adaptable. Chivo, for instance, is a very thin sans serif font that looks great in captions. Stellar is another typeface that is a compressed sans serif with elevated uppercase lettering.